A European Citizens' Initiative (ECI) is the official petition tool the European Union puts at the disposal of citizens who want to organise and ask for new laws. 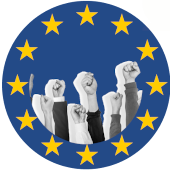 Whilst each of the 1 million signatures that we collect will count the same regardless from which EU Member State they come, the European Commission has an additional requirement that we must meet a minimum number of signatures in at least seven countries. This is to ensure that the ECI support comes from a broad range of countries. The threshold for each country is proportionate to the number of Members of the European Parliament (MEPs) who represent that country in the European Parliament. As our initiative was registered on 07/01/2021, we are using the new threshold numbers for initiatives registered since 01/02/2020.

More information about our ECI

The official page of our ECI in the Commission's register
https://europa.eu/citizens-initiative/initiatives/details/2021/000001_en
The Commission has made this page available in all official EU languages.
Our ECI's official name and registration number
Civil society initiative to ban biometric mass surveillance practices, REQ.ECI(2021)000001
Who can sign the ECI?
As per the rules on ECIs, only EU nationals can sign the ECI. However, you do not need to be resident in the EU to sign.
On their FAQs page, the Commission says that for EU nationals living outside the EU, "choose the country you’re an EU national of. Your signature will be counted in that country." Once you have selected your country of nationality, our form will let you put in a resident address anywhere in the world.

Additionally, you need to be of the age to vote in EU elections in order to be able to sign an ECI. In most countries this is 18, but in some, it is 16 or 17. See which rules apply to your country of nationality.
Which data are you required to collect on me for the purpose of signing the ECI?
This is not a regular petition, but an official "European Citizens' Initiative" (ECI). This means your signature must be officially verified by national authorities, according to each EU country's specific rules. We cannot control the data that they require, since it is required by Regulation (EU) 2019/788 on the European citizens’ initiative for the purpose of confirming your signature.

For all EU nationals, the following is required: nationality; full first name and family name; and, depending on the country:

More information is available via the European Commission's official data requirements page here and FAQs here.
Can I sign on paper instead?
Yes, see our 'Signing the ECI on paper' page for more information.
The objectives of our ECI
We call on the European Commission to strictly regulate the use of biometric technologies in order to avoid undue interference with fundamental rights.
In particular, we ask the Commission to prohibit, in law and in practice, indiscriminate or arbitrarily-targeted uses of biometrics which can lead to unlawful mass surveillance. These intrusive systems must not be developed, deployed (even on a trial basis) or used by public or private entities insofar as they can lead to unnecessary or disproportionate interference with people’s fundamental rights.
Evidence shows that uses of biometric mass surveillance in Member States and by EU agencies have resulted in violations of EU data protection law, and unduly restricted people‘s rights including their privacy, right to free speech, right to protest and not to be discriminated against. The widespread use of biometric surveillance, profiling and prediction is a threat to the rule of law and our most basic freedoms.
In this ECI, we therefore urge the Commission to propose a legal act which will build upon, and fully respect, the general prohibitions in the GDPR and the LED to ensure that EU law explicitly and specifically prohibits biometric mass surveillance.
The annex to our ECI
Note: you can read this annex in all official EU languages on the official page here.
Subject: Under EU data protection law, biometric data are especially sensitive and their processing is forbidden except where there is a “substantial public interest“, subject to strict necessity and proportionality requirements. According to a survey by the Fundamental Rights Agency, 83% of Europeans are against sharing their face data with authorities and 94% against sharing it with private entities.
Still, biometric data are increasingly used by national and EU law enforcement, public authorities and private entities for identification or profiling of people in public spaces. The indiscriminate or arbitrarily-targeted use of such technologies constitutes biometric mass surveillance. It poses an inherently unnecessary and disproportionate interference in a wide range of fundamental rights including privacy and data protection, and can have a ‘chilling effect‘ on basic freedoms such as expression and assembly. Profiling based on the processing of such data can result in severe violations of the right to non-discrimination, and uses which claim to predict emotions or behaviour have no reliable scientific foundation.
The EDPS has raised serious fundamental rights concerns about such technologies, calling to halt “automated recognition in public spaces of human features, not only of faces but also of gait, fingerprints, DNA, voice, keystrokes and other biometric or behavioural signals”.

Objectives: Our ECI calls on the Commission to permanently end indiscriminate and arbitrarily-targeted uses of biometric data in ways which can lead to mass surveillance or any undue interference with fundamental rights.
The existing EU legal framework, as it derives in particular from the GDPR and LED, clarifies that the use of biometric data shall be limited to what is strictly necessary with regards to a legitimate aim pursued, subject to the principle of proportionality. However, such general principles are subject to broad exceptions. The limited safeguards provided for by existing EU rules in their application have neither ensured transparency of biometric data processing nor prevented uses that constitute inherently disproportionate mass surveillance. Furthermore, the LED’s general principles allow Member States the discretion to permit, in national law, uses of biometrics which lead to mass surveillance. This use case is in stark contradiction to Member States’ obligations under EU data protection law and national constitutional protections for fundamental rights.
The EU must use its powers to prevent the transformation of all people into potential suspects subject to seamless public biometric surveillance, which undermines principles of the rule of law and purpose limitation. It must stop the abuse of biometric data which leads to undue interference with fundamental rights and freedoms. This is key to ensure that European digital sovereignty is truly human-centric.
We urge the Commission to remedy these unlawful practices by ensuring that, based on and in full respect for the general safeguards in the GDPR and LED, EU law explicitly and specifically prohibits biometric identification, profiling and related processing or capture, in public or publicly-accessible spaces (including online), on the grounds that this leads to inherently unnecessary and disproportionate mass surveillance. The public consultation on the upcoming EU legislative initiative on AI demonstrated that there is public support for stricter regulations on uses of biometric technologies. This attention has also revealed the need for a targeted legislative proposal to ensure that Europeans’ rights are sufficiently safeguarded from biometric mass surveillance.

Background: Many deployments of biometric surveillance in the EU have been carried out without evidence of prior DPIAs, necessity and proportionality assessments or other safeguards, despite the high potential for unlawful mass surveillance and other fundamental rights abuses. National courts and DPAs have already struck down individual deployments, but we need systematic action to ensure regulatory certainty.
Given the lack of awareness of the risks, the lack of transparency in EU deployments and the difficulty of enforcing the GDPR and LED‘s general principles, national courts and DPAs will benefit from increased legal certainty on the impermissible uses of biometric technology. Not acting risks normalising biometric mass surveillance and allowing the legalisation of national deployments for purposes which are incompatible with fundamental rights. The Commission thus faces a strong impetus to act.
The Commission’s AI White Paper envisaged that, due to the risk of fundamental rights breaches, remote biometric identification should on principle be considered “high risk” and be conditional upon mandatory conformity assessments. The paper failed to fully examine the impact of such applications on fundamental rights: had it done so, we believe the only conclusion could have been that such uses ought to be considered disproportionate.
A legal act will even better protect fundamental rights if: It is accompanied by implementation guidance to Member States to prevent national discretion on uses that unduly restrict fundamental rights, and provide strict safeguards for all other uses in accordance with the GDPR and LED;
The Commission ceases funding for research/development of biometric mass surveillance technologies, including for profiling, behavioural or emotional prediction;
Member States must notify and disclose the use of any such technology to their DPA for prior assessment of legality and proportionality;
The AIHLEG ‘Ethics Guidelines for Trustworthy AI’ are encoded as the legal basis for regulating the funding of biometric technologies.
Signature collection dates
Our signature collection started on 17 February 2021. It was originally intended to be open for 12 months, until 16 February 2022. However, due to the COVID-19 pandemic, the European Commission decided to extend our collection period until 1 August 2022. This means that overall, our ECI will be open for around 17.5 months.
Our conformity certificate
Our signature collection system has been officially certified in line with the EU Regulation on ECIs. For our conformity certificate, see:https://sign.reclaimyourface.eu/api/d/certification.pdf
Our sources of support and funding
EUR 8.663 - European Digital Rights (28 October 2020)
EUR 10.393 - European Digital Rights (21 December 2020)
EUR 2.000 - Digitalcourage (1 February 2021)
EUR 8.393 - European Digital Rights (31 March 2021)
EUR 13.840 - European Digital Rights (1 June 2021)
EUR 3.497 - European Digital Rights (1 August 2021)

Our Representatives
Our official representatives are Diego Naranjo and Riccardo Coluccini. You can find their contact details here.
In what languages can I sign the ECI?
You can find all our available language pages via the language dropdown at the top of our homepage.
Currently, this is: Croatian, Czech, Danish, German, Greek, English, Spanish, French, Italian, Dutch, Portuguese, Polish and Romanian. Additional language pages will go live shortly.
Important: You can sign via any of the pages, regardless of the language, as long as you select the correct country of your nationality. If you don't see your language yet, we recommend that you use the English language page at ReclaimYourFace.eu to sign the ECI, or any other language that you feel comfortable using.
Want more information?
Please contact the co-ordinators at info@reclaimyourface.eu
You can also find our privacy policy here.
The European Commission has a set of Frequently Asked Questions available here.